Martiniellospizzeriany.com
Home Business There is now the option of purchasing a heated pie from a... 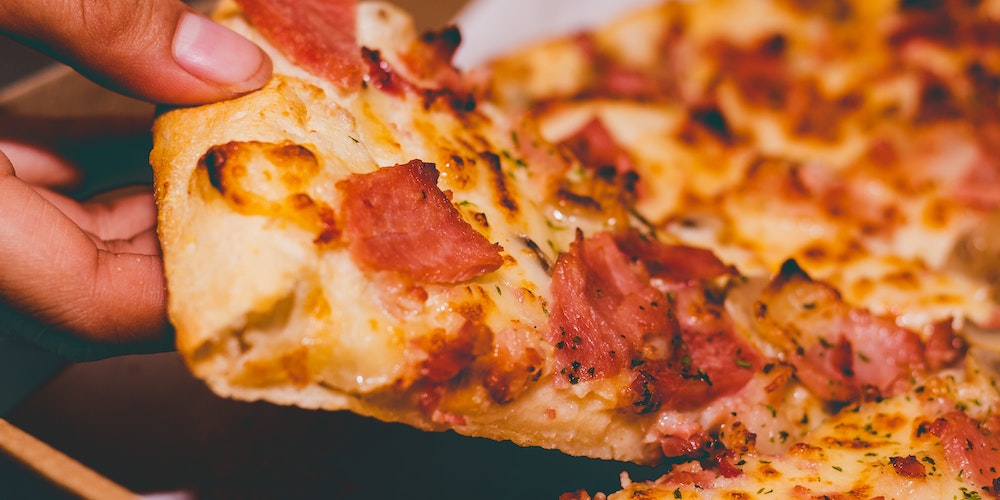 Everything imaginable may be purchased from a vending machine somewhere on the planet, from sandwiches to luxury automobiles (yes, this is real; it can be found in Dubai), from coffee to mobile phones. A pizza vending machine, a one-of-a-kind kind of the automated food distribution system, was only recently built in Rome. It takes this completely automated machine just three minutes to prepare a pizza from start to finish. Customers need just enter cash and hit a button after selecting their chosen flavor (Bacon, Margherita, Spicy salami, or one of four varieties of Cheese), which may be selected from a drop-down menu. Just as when you order a cup of coffee from the machine in the break room, the vending machine takes care of everything else. The whole of the procedure may be seen by the customer at any time due to the presence of glass panes inside the machine. These panes show the customer the various stages of the pizza-making process. Pizza delivery may now be made by anything from a car to a robot or even a drone.

What exactly is going on here?

PizzaForno, a business located in Toronto, is increasing the distribution of its automated pizza vending machines throughout North America, including into the state of Michigan and other states in the United States. They can deliver a hot and fresh pizza measuring 12 inches in diameter in only three minutes, charging $10 to $13 for it. Humans, not robots, are responsible for the preparation of the pizza, which is then delivered by a robot. After being built in a nearby commissary using hand-stretched crusts and locally sourced toppings, the uncooked pizzas are transferred into the refrigerated portion of PizzaForno’s 65-square-foot automated oven. This takes place when the pizzas are ready to be cooked.

Following the customer’s selection of their desired pizza from the menu, a robotic arm discreetly transports the pie to the oven behind the scenes. After it has been baked, it is placed in a box, which, similar to how cash emerges from an ATM, is placed in a slot at the front of the business. Each vending machine contains seventy individual pizzas, and each pizza has a shelf life of three days. Pizzas are manually inserted into the vending machine by staff members three times each week. A few days ago, I went to a PizzaForno machine in Ann Arbor, which is located near to the campus of the University of Michigan, and I ordered a pepperoni pizza for twelve dollars. The pizza lived up to all expectations in terms of both its appearance and its aroma, as well as its performance. The flavors, on the other hand, were not very impressive, and the dough was quite soft. Okay, in a bind, that may work.

If this is the case, then why didn’t the robot slice the pizza?

Unbeknownst to me, there is a hole in the wall from which I could have gotten a knife that was only good for one use and was biodegradable. Not exactly user-friendly for customers. You may save yourself one dollar by purchasing a pizza that has not yet been made. This idea does not stand completely on its own. As Erica Pandey noticed when she recently experienced server-less dumplings in New York, such efforts are reminiscent of the old automats, which were a time when food was provided in coin-operated kiosks. Pandey made this observation after trying server-less dumplings in New York. A pizza-making vending machine that can be completed in around three minutes was recently unveiled by a startup company in California. Piestro, a company located in El Segundo, has unveiled a pizza-making machine that gives consumers the ability to personalize their orders by selecting the pizza’s dough, sauce, cheese, and toppings. Customers are able to see as their pizzas being prepared in the big glass that is a part of the machine. After the pizzas are prepared, they are put in a unique oven that cooks them in around two minutes. The duration of the full process, as specified by the company, is around three minutes. Despite Piestro’s assertion that it has no plans to develop its own pizzas, pizza companies are placing pre-orders for the machine, which will cost them a total of one hundred thousand dollars, in order to increase the distribution of their products.

What to Consider When Choosing a Warehouse Storage Provider

Factors Affecting The Lifespan of a Cold Plate System

10 Awesome Inflatable Games for Both Kids and Adults

ABOUT US
We brings to you the latest and most popular news related to every kind of business. Our platform contains news related to Business.
© Copyright 2021. All Right Reserved.